Today, over 100 senior Roman Catholic bishops from around the world will meet in Rome for a 4-day summit called by Pope Francis to address the long-standing crisis of clerical sexual abuse. It’s fitting, then, that today’s post is an interview with a scholar and activist whose work highlights and challenges the crisis of abuse in the Catholic Church.

Dr Rocio Figueroa Alvear is a Peruvian Theologian, Lecturer in Systematic Theology at Good Shepherd College in Auckland and an External Researcher at the Centre for Theology and Public Issues at Otago University, New Zealand. She has a bachelor’s degree and license in theology from the Pontifical Faculty of Theology in Lima and her doctorate in theology from the Pontifical Gregorian University in Rome. She has previously lectured and worked in Peru, Italy, and Mexico. She worked in the Holy See as head of the Women’s section in the Pontifical Council for the Laity. She has published on women’s studies and reciprocity between men and women.

Rocio’s present research focus is theological and pastoral responses for survivors of Church sexual abuse. She spoke about her work at a recent public lecture organized by Voices of Faith, ‘Overcoming Silence – Women’s Voices in the Catholic Abuse Crisis’. She also appeared earlier this year on the BBC’s Woman’s Hour programme, #NunsToo: Nuns abused by priests and bishops. Rocio works with theologians Professor David Tombs and Dr Jayme Reave on a project, ‘When did we see you naked?’, which considers the historical, pastoral, and theological questions around faith-based responses to sexual abuse.

More details of and links to Rocio’s research are listed below.

Tell us a bit about yourself

I am a Peruvian Theologian and currently I am a lecturer in Systematic Theology at Good Shepherd College in Auckland and an External Researcher at the Centre for Theology and Public Issues at Otago University, New Zealand.

I did my doctorate in theology at the Pontifical Gregorian University in Rome. I have previously lectured and worked in Peru, Italy, and Mexico. I lived for 15 years in Rome and while there I worked in the Holy See for five years as the head of the Women’s section in the Pontifical Council for the Laity. I have always enjoyed working on women’s issues. While in Mexico I developed a program to promote micro-businesses and the empowerment of women in an indigenous community in Puebla.

Following my research and activity on the promotion of women, I am currently focused on theological and pastoral responses for survivors of sexual abuse.

Can you tell us more about this aspect of your research – what inspired you to focus on this topic, what research you’ve done to date?

My first inspiration was my own experience. I am a survivor of sexual abuse within the Church. I belonged to the Sodalicio Catholic community in Peru, where I was abused when I was 15 years old by the second-in-charge.  It took me twenty years to be able to face my own abuse.  I was a member of the Marian Community of Reconciliation (MCR), a Catholic Association of lay consecrated women, which is the female branch of Sodalicio. I served as the MCR General Superior for 9 years (1991-1998). In 2006 I began to receive reports of sexual abuse of male members of the Sodalicio community. Because of what happened to me personally these reports immediately made sense. In 2006 I began an investigation and I helped these victims to present accusations to the ecclesiastical court in Lima, and to the Vatican in 2011. During this time, I developed a relationship of trust with the victims and because of this, I felt the necessity to do even more work for survivors using my theological and pastoral research.

The first outcome of this research was a project with Prof. David Tombs at the Centre for Theology and Public Issues at Otago University. This report was entitled “Listening to male survivors of Church sexual abuse. Voices from survivors in Sodalicio”. The aim was to explore the impact of church-related sexual abuse on each of the interviewees and to identify the short and long-term psychological and spiritual consequences associated with it. There are a lot of studies about the topic of sexual abuse within the Church, however, the spiritual impacts of sexual abuse are a largely neglected.  One lesson from this report is the devastating effects on the faith and the spiritual identity of survivors. This made us conclude that the spiritual impact of abuse should be included in any full understanding of impact and consequences.

At this time my research is focused on the response of survivors to recognizing Jesus as a victim of sexual abuse.

What do you see as the main significance of this research?

Prof. David Tombs and I wanted to uncover the responses of survivors to the naming of Jesus as a victim of sexual abuse. This research has as its basis the idea that the torture and crucifixion of Jesus involved sexual humiliation.

The first academic discussion of Jesus as a victim of sexual abuse was developed by Prof.  Tombs in 1999. In the ancient world, crucifixion as a practice imposed on prisoners was not just meant to kill the victim but also to sexually humiliate them. Nakedness during execution was a sign of humiliation and absolute powerlessness for both the Romans and the Jews.  Jesus being stripped of his clothes by the soldiers and his nakedness on the cross allow us to read the passion narratives as the story of someone who was sexually humiliated (see also Tombs, 2018).

Historically, the sexual component of Jesus’ torture was minimized in the artistic representations of the crucifixion by depicting him wearing a loincloth. We wanted to know how survivors felt about this idea. We asked them if they thought the historical evidence of Jesus as a victim of sexual abuse was persuasive. We also asked them if they thought the topic could help victims and the wider Church. The responses have been fascinating.  We think that their insights could help the wider Church in confronting the crisis of sexual abuse and improving their understanding of survivors.

How important do you think it is for researchers and teachers in theological education to bring activism into their work and teaching?

Theology is not just a theoretical science isolated from the reality of the world. On the contrary, it is concerned with how to express the meaning of faith and how to respond to God in the present. Inspired by the Latin American way of doing theology I consider that discipleship comes first, and theology is a second step on this path. As disciples we want to live the Gospel and be committed to the needs of the poor, the vulnerable, and those who have no voice. By doing this, I believe that our theological reflections and teaching can only be enriched and fulfil the purpose of doing theology.

What would you like to say to our readers about the importance of engaging with the topic of religion and gender violence in our research and teaching?

There are some challenges in our society that cannot be avoided. The topic of religion and gender violence is one of them.  Religion is such a fundamental dimension in the life of so many people in the world that we need to reflect on how it can help those who have experienced any kind of gender violence. At the same time each religious community must become a welcoming place for healing and reconciliation. However, it is important also to analyze how many times religion has been misused to excuse or condone abusive behavior. Religious communities have leaders with spiritual authority. This authority can be used for healing and guiding, but it can also be misused to abuse members of the community. The religious worldview and the faith of members of the community can be harnessed to justifying gender violence. Religious communities are never neutral; they need to play a role in gender violence.

Some of Rocio’s publications include: 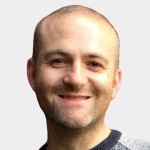