The following dual-voiced poem by Lyrae van Clief-Stefanon is based on the brutal story found in the Bible in Judges 19.

Aptly called a ‘text of terror’ by feminist biblical interpreter Phyllis Trible, this chapter tells of an unnamed Levite (that is, someone of the tribe of Levi from which the hereditary priests and other sacred functionaries were descended) and ‘his’ concubine (usually understood to be a wife of secondary status, particularly in polygamous societies).

For some reason – either because she was angry with the Levite (so the Greek version), or because she had ‘prostituted’ herself (so the Hebrew version – though it is unclear if the intended meaning is literal or figurative) – the concubine had earlier left the Levite and returned to her father’s house in Bethlehem. After four months, accompanied by a servant and donkeys, the Levite comes to get her back. The father delays the Levite for four days but on the fifth he sets off, taking the concubine. No word is said about her willingness to leave or otherwise.

As they are making merry, worthless, or perverse men, surround the house and pound on the door, demanding to ‘know’ the man staying as guest within. (The Hebrew word ‘to know’ can be used as a euphemism for carnal knowledge and the New Revised Standard Version consequently translates, ‘so that we may have intercourse with him’, Judges 19:22). (Quite a number of commentators point to the clear parallels between this part of the story and Genesis 19:5, set in Sodom.)

The old man tries to appease the men by telling them not to do such wickedness to his guest. Instead, horrifyingly, he offers them his own (previously unmentioned) virgin daughter and also the concubine, saying (in the NRSV translation), ‘Ravish them and do whatever you want to them; but against this man do not do such a vile thing.’ (Similarly, in Genesis 19, Lot offers his two virgin daughters to protect his guests.)

Neither the daughter, nor the concubine has a voice in the biblical text. All characters are nameless but unlike all the male characters (the father, the Levite, the servant, the old man, the men of Gibeah) neither female character (concubine or daughter) has voice.

When the men won’t listen, the Levite pushes his concubine outside the door and she is gang-raped all night until morning. At dawn she falls at the door, her hands on the threshold – one of the most affecting and distressing images of the entire Bible, surely.

When the Levite tells the concubine to get up, she does not, or cannot respond. He puts her on the donkey and returns home. Once there, he dismembers her body and sends its twelve pieces throughout all Israel as a summons to war.

This violent and gruesome story of the threatened rape of the Levite, of the offering up for rape of the daughter and the concubine, and of the gang-rape, killing and dismemberment of the concubine is – once events move away from Bethlehem to Gibeah – sparsely told.

There is every reason to believe that this brutal story elicited horror. Horrified outrage is certainly the response of the Israelites who receive the pieces of the concubine’s corpse. Subsequent events (related in Judges 20–21) are war and more rape and the call for stronger leadership in the form of a king, to put an end to mayhem. What is missing is not horror or outrage but any attempt at insight into the women’s terror and suffering. Lyrae van Clief-Stefanon addresses this lack.

Lyrae van Clief-Stefanon is an award-winning poet and an Associate Professor teaching creative writing at Cornell University. Her magnificent published works include Black Swan, Open Interval and, together with Elizabeth Alexander, Poems in Conversation and a Conversation. She has also published in numerous journals and anthologies and is currently at work on another collection of poems, The Coal Tar Colors. 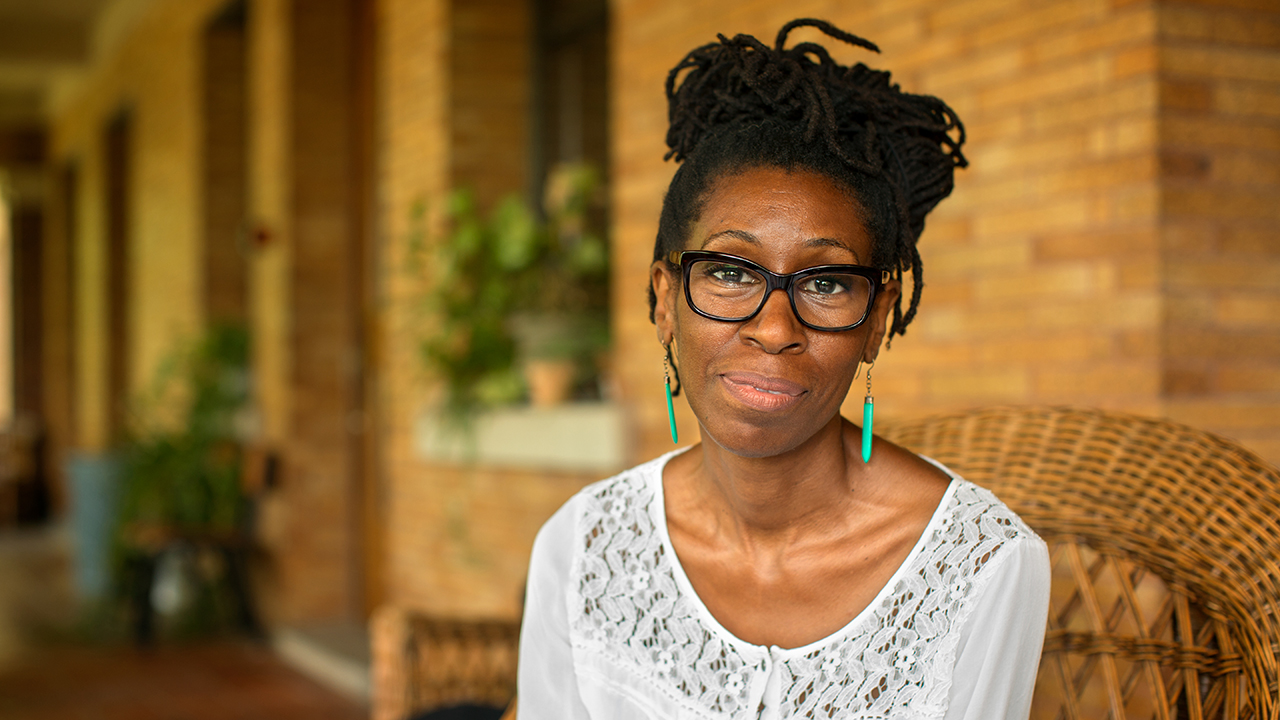 Black Swan, in which this poem is published, is winner of the 2001 Cave Canem Poetry Prize and includes several pieces inspired by women of the Bible and classical mythology who were pursued or raped by either men or male deities, including, alongside the daughter and concubine of Judges 19, also Tamar, Dinah (you can find the poem here), Daphne (here), Helen and Leda.

These poems are part of a growing creative tradition of giving voice and full characterization to women of antiquity. Other examples are Anita Diamant’s The Red Tent, telling Dinah’s story in her own words, Alicia Ostriker’s ‘Jephthah’s Daughter: A Lament’ and Christa Wolf’s Cassandra and Medea.

Lyrae van Clief-Stefanon hails from Florida and in a fabulous interview containing many language (and other) gems speaks of early memories and of profound influences on her life. These include memories of racism and recollections of hitting the drop zone as a teenager, of the ‘beauty and terror’ of her Pentecostal upbringing and of working in a men’s prison.

Lyrae van Clief-Stefanon is public and vocal about being a survivor of child sexual abuse and of rape. In one of her recorded poetry readings from Black Swan she speaks also to her concern about campus rape culture. Her powerful poems break into the silence around rape, giving voice to voiceless women of the Bible and mythology and addressing abusiveness and injustice, particularly against victims of racism and of sexual violence, right up to the present. The following poem is reproduced here with kind permission of the author. It is published in Lyrae Van Clief-Stefanon, Black Swan (Pitt Poetry Series, edited by Ed Ochester), University of Pittsburgh Press, 2002, pp.31–36.

Behold, here is my daughter a maiden, and his concubine;

Them I will bring out now, and humble ye them,

And do with them what seemeth good unto you: But unto this man

Do not so vile a thing.

But the men would not hearken to him:

So the man took his concubine, and brought her forth unto them;

And they knew her, and abused her all the night until the morning:

And when the day began to spring, they let her go.

And Daddy was Hallelujah

And I was a gift once

my baby gal done got big

Make that negro treat you right

Then came the woman in the dawning of the day,

And fell down at the door of the man’s house

Where her lord was, till it was light.

And her lord rose up in the morning,

And opened the doors of the house, and went out to go his way:

And, behold, the woman his concubine was fallen down

At the door of the house, and her hands were upon the threshold.

And he said unto her, Up, and let us be going.

Then the man took her up upon an ass,

And the man rose up, and gat him unto his place.

And when he was come into his house,

He took a knife, and laid hold on his concubine,

And divided her, together with her bones …

Consider of it, take advice, and speak your minds.