Hello you all! Thanks for the invitation to be part of the Sixteen Days of Activism campaign on the Shiloh blog! The Shiloh project addresses critical issues I’m deeply concerned and care about, so I’m really excited to be associated with it. My name is Adriaan van Klinken and I teach Religion and African Studies at the University of Leeds. Much of my work focuses on issues that speak to the interests of the Shiloh project: religion, gender and sexuality in contemporary Africa.

In recent years, my research has focused on the role of religion in the politics of sexuality in Africa, addressing the violence that is exercised – often in the name of religion – on sexual minorities. Much of that violence is discursive: through language and verbal expressions, LGBT people are demonised, denied their citizenship and human rights, and excluded from the families, communities and societies they are part of. Violent speech is deeply harmful in itself, and it is particularly painful when such speech comes from believers and religious leaders who claim to speak on behalf of God. Yet violent speech has severe consequences, not only for the mental wellbeing of the people subjected to it, but also for their social, economic and material wellbeing. Most recently in Tanzania, the governor of Dar es Salaam called upon citizens to report LGBT people to the authorities – referring to the country’s Christian and Islamic moral values. Ten alleged gay men on the island of Zanzibar were subsequently arrested and subjected to anal examinations – a direct violation of their bodily integrity – while many other members of the community live in fear. Obviously, such violence against sexual minorities is informed by socio-cultural and religious norms of gender, in particular masculinity (a theme I’ve worked on extensively in the past), and the patriarchal and heteronormative ideologies underpinning it.

It’s important to keep in mind that in as much as religion is a source of violence against sexual minorities in Africa, it also appears as a site of empowerment. I have just completed writing a book about the use of Christian language, imagery and symbols in LGBT activism in Kenya. As part of that project, I conducted fieldwork with a Christian LGBT community in Nairobi – an African “gay church” – and it was fascinating to observe how they creatively engage Christian belief as a source of affirmation, liberation and transformation.

Although I’m hardly able to make time for volunteering work, I do believe in the value of critical and engaged scholarship as a form of activism. Much of my work has been with local LGBT communities in Kenya and some other parts of Africa, and I try to take seriously the participatory nature of that ethnographic research method called “participant observation”. That comes with its own challenges, but it means that I try to build long-term relationships that are based on trust, friendship and reciprocity. The biggest compliment I received from one of my Kenyan research participants was that through my research I had become an “ambassador” of his community. He then commissioned me to not only share the struggles he and his community members are going through, but also their achievements so far and hopes for the future. In my book I write about the power of storytelling – both for the people and communities telling their stories, and for those hearing them. Indeed I hope that through research and writing I can help African LGBT stories of sexual violence and sexual empowerment (in the broad sense of both words) to be documented and shared.

The Shiloh Project is already doing an amazing job in carving out a space for discussion and thinking about the problem of violence in relation to gender and sexuality, and as often driven by religious thought and practice. I’m genuinely impressed by the vision of the project and the energy that you have put in it – kudos to everyone involved, in particular to my wonderful colleagues and friends Johanna Stiebert and Katie Edwards! With the risk of broadening the scope of the project too much, I would like to see a broad conception of sexual violence to be explored and engaged in the project. I’m glad that recently the blog has paid attention to the question of male rape, foregrounding how not only women but also men can be violated by toxic forms of masculinity. Yet violence in the area of sexuality also comes in many subtle ways, and having real life effects on a wide range of people, including within LGBT communities. As a gay man myself, I’m personally concerned about, and affected by, the salience of heteronormative and hegemonic notions of masculinity within the male gay community – a community in which men of colour, so-called “effeminate” men, and men living with HIV often encounter discriminatory and stigmatising behaviours. These issues are not usually incorporated under the term “rape culture” narrowly defined, but they reflect deeply rooted violent modes of thought and practice in the area of sexuality.

In the year ahead, I hope to make use of the publication of my earlier-mentioned book in order to break the silence on some of the issues I have just touched upon. I am also in a process of developing new research: one project with Ugandan LGBT refugees based in Kenya, and another project addressing questions of sex work, religion and activism in Africa. Both projects have the potential to explore new terrains of sexuality and violence, and to foreground the importance of intersectionality (an approach that acknowledges that sexuality is intersected with other categories and structures of power, such as gender, refugee status, social class, etc). I really look forward to working with some of my colleagues at Leeds, such as Johanna Stiebert and Caroline Starkey, on these projects, and to sharing it with members of the Shiloh project. As my research participants in Kenya keep reminding me, another world – a world that is not misogynistic, patriarchal, homophobic and transphobic – is possible. I’m excited to be associated with the Shiloh project that is based on the notion that academic scholarship, in collaboration with other communities of practice, can help advocate that cause for a more just, respectful and humane world. 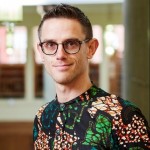